I finally found time to write this post about my recent visit to the East Coast for the first time during winter break! My schoolwork, leadership role as an RA and other commitments have kept me preoccupied these past weeks, which is why I didn’t write this post sooner!

On New Year’s Eve, my girlfriend and I flew to NYC to see friends and spend the holiday in a new, exciting place this year!  Lucky for us, we arrived in New York with enough time to check in to our Airbnb, drop off our stuff, eat pizza at Lombardi’s and make it to Times Square with enough time to see the magic happen and watch the ball drop! It was wonderful to see all the fireworks and confetti afterwards and we definitely enjoyed the experience. However, you do have to stand and hold your place for multiple hours. We arrived there around 9pm and were still not able to get near the ball drop. Fortunately, we were able to watch it drop from the side! 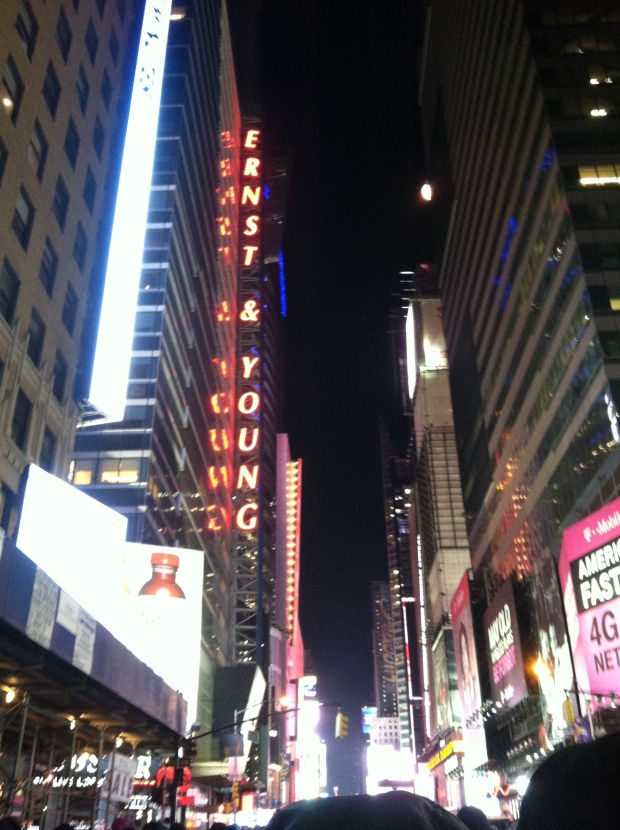 That glowing ball at the top right was the ball in Times Square for New Year’s Eve in NYC.

Our Airbnb was located in Little Italy, which is a small neighborhood, once known for a large population of Italians(hence the name).

The next few days were spent visiting different places around the city with our friends.

We ice-skated in Central Park! 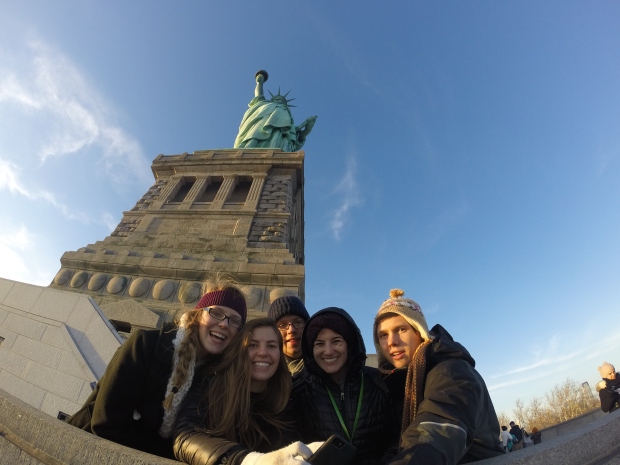 We visited the Statue of Liberty 🙂 (Taken with a GoPro)

Before we left, Stacey bought a selfie-stick for only $20 near the Brooklyn Bridge! It’s bluetooth and has a button on the stick to take pictures as well! We recorded a fun video while testing it out. The quality isn’t the best.

Then we took a Chinatown bus to Philadelphia to our friend Allie, who we met from my girlfriend’s study abroad program in Buenos Aires(we went in July 2013). She lives in Springfield, which is a small town southwest of the city. Our friend Sam, who I met through Stacey’s study abroad program who is from Albany, NY, also met us at Allie’s house. We visited Allie’s school in New Jersey, The College of New Jersey and also went to see Philadelphia and eat cheese steaks!

I ate my first Philly cheese steak here! It was delicious! 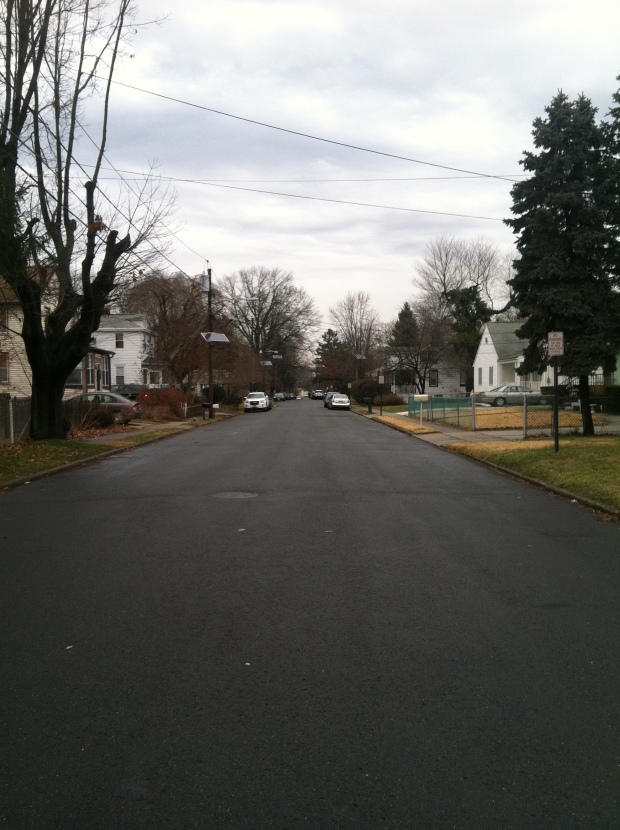 This was the street that Allie’s rental house was on, the place where she lives during the school year in Ewing, New Jersey. It’s not too far from her university.

Apparently this is a popular pizza-topping on the East Coast or at least in this area of New Jersey and others? It’s called penne vodka pizza and there’s actual pasta on the pizza. It still seems foreign to me but it was delicious!

This was a breakfast bagel I ate with meat called pork roll on it. According to my friend Allie, it’s referred to as Taylor Ham more towards the north.

This was the day Stacey and I were leaving. It snowed during the night in Springfield!

Unfortunately, I wasn’t able to take more pictures because I ran out of space. Overall, it was an exciting adventure for everyone! I enjoyed my first time visiting the East Coast and hope to return soon! Next time I go, I’m going to visit Morristown, New Jersey, where my dad grew up and learn about where he spent his childhood up until 5th grade when he moved to Phoenix, Arizona.